(ANDINA) The Korean government has decided to send emergency relief supplies worth 50,000 dollars to Peru, where people have died due to the recent cold wave, according to a press release posted by the Korean Foreign and Trade Ministry (MOFAT).

It has been confirmed that because of the cold wave that mainly swept the high lands of southern Peru, 297 people have died and 51,164 children have suffered respiratory diseases.

Victims are expected to increase due to another cold wave on July 26-29.

Regarding the damage by the recent cold wave, the Peruvian government declar­ed a 60-day state of emergency in 16 of the country’s 24 provinces on July 24.

According to MOFAT, The Korean government will provide relief supplies consisting mainly of medicines, which are in high demand, in consultation with the Peruvian government. 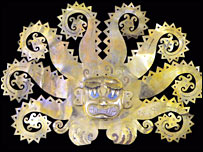