Air quality in Lima has never been good, mostly thanks to the high humidity and fog. But when dictator Alberto Fujimori passed laws to allow second-hand ancient, deadly and heavily polluting cars to be imported from abroad, air quality took a massive hit. Though it never rains, grey clouds took on a hint of black, and a thick soot blanketed the city.

Fujimori’s legacy meant vehicles were unregulated and heavily polluting. For more than a decade, everything you touch in the street is lined with a layer black dust – dust that also gets in your hair, clothes and in your home. Worst of all, the black smoke belched out by vehicles contains particles of a size (measured in microns) that are the most deadly and cancer-causing – particles that get retained by filters in the rest of the world by law. Fujimori and his corrupt friends made a fortune while cancer rates rocketed.

A decade later, we might finally be seeing some improvements. Tests carried out by Peru’s INEI (a statistics institute shows a 11.77% reduction in nitrogen dioxide. Dust particles per cubic metre dropped by 29.28% and sulphur dioxide dropped by 75.06%. The tests were carried out in central Lima, in Avenida Abancay, but did not include levels of lead particles. Other metals and dusts in the air however, those smaller than 2, 5 and 10 microns were registered and fell by between 6.61% and 22.96%

The falls have been put down to the higher uptake of natural gas as a form of fuel. Many drivers, particularly taxis who were some of the worst offenders, have converted their vehicles to this cheap and domestic energy source.

Laws to force the transport criminals that run bus companies in Peru to renew their fleets, although not enforced, have seen some effect. Orion is one of the better companies.

If these decrease is indeed true, and can be repeated, the quality of life in Lima is bound to improve dramatically. However, a recent study carried out by two Peruvian universities had recently documented a rise in vehicle pollution. 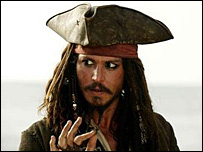