A group of Peruvian scientists have created a plastic based on the potato, which as well as being an environmentally friendly alternative to traditional plastic would also provide an extra boost for Peru’s potato exports.

The material, made from potato starch, is “biodegradable and can be composted”, informs project leader at the Pontifica Universidad Católica del Perú, Fernando Torres.

Traditional plastics are based on crude oil derivatives and today are widely used for everything from food packaging to electronic products with great cost to the environment… once produced they can last for decades, centuries or never disappear at all. The Peruvian replacement would degrade and disappear in just two years, making it ideal to replace the most wasteful plastics used as packaging.

It is typical in Peru for shoppers to use dozens of plastic bags, sometimes going as far as using one for each item, then placing these in yet another bag to carry home. Most of Peru’s rural areas, along its highways and even its rivers are buried in many feet of plastic garbage dumped without a second thought.

According to Torres, a plastic replacement has already been invented in the United States using corm as the base material. The novelty of the Peruvian innovation is producing a similar product using potato as the base material, something they have been perfecting for a number of years.

Investigators will now try to discover which of Peru’s various native potato species is best suited to be turned into plastic. 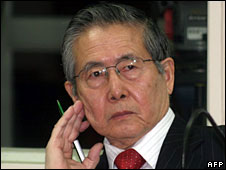